“I knew I wanted to play the clarinet because I was captivated by the chalumeau solo for Ivan The Cat in Peter and the Wolf.” 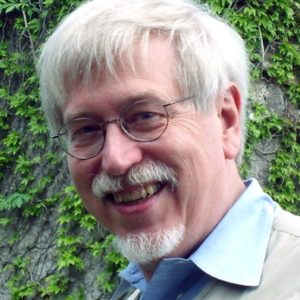 How long have you been playing with DCCOS and how did you find the organization?
I have been playing with DCCOS since the spring of 2012. I stumbled across the orchestra looking for unrelated Meetup foreign language groups. There was an “open” rehearsal for which one could just show up, which I did, music not specified. It turned out that what the orchestra was playing did not include a clarinet part. But there were two oboe parts and one oboist, so I played the second oboe part, transposing it. I kept coming back for rehearsals during the next season. There was another clarinetist and the two of us became the clarinet section in what was an embryonic orchestra.

You play the clarinet, along with a number of other instruments. How did you become a musician?
I started playing the clarinet in third grade. I already knew I wanted to play that instrument because I was captivated by the chalumeau solo for Ivan The Cat in Peter and the Wolf. I kept playing the clarinet, through high school and also become interested in jazz, so picked up saxophone. I played saxophone in a number of jazz combos and a couple of small “big bands” in high school and college, neglecting the clarinet. After a long hiatus due to work constraints, I resumed playing the clarinet at around age 40 when I was living in Brussels. I found a Belgian teacher and played in an amateur orchestra, a Gilbert and Sullivan pit band, and a number of ad hoc chamber music sessions. I continued to play some chamber music after moving to Paris. Aside from the saxophone, my other instruments are all clarinet variants: The bass clarinet and sopranino Eb clarinet.

You are retired now, but give us an idea of your career.
After graduating from college and serving in the Peace Corps, I passed the US Foreign Service test and spent the next 30 years living in various countries: Haiti, Finland, Belgium, France, and Morocco. My specialty was economics. During my Washington tours I worked on Chinese affairs and years later on West African affairs. I retired from the Foreign Service in 1996 and came right back as a State Department contract employee working with computers, programming, and networking, which had been a hobby of mine for a long time. I spent another 20 years at State as a network engineer before retiring for good a few years ago to become a musician. 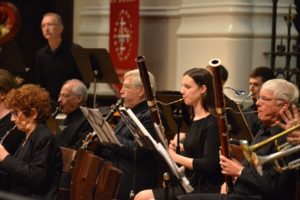 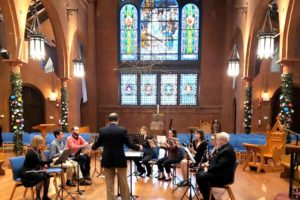 “For me, nothing beats chamber music. Each part is important and as a participant you listen attentively to everybody. It is like practicing a closely coordinated team sport.”

What type of music do you enjoy playing and/or what types of ensembles you enjoy most?
For me, nothing beats chamber music. Each part is important and as a participant you listen attentively to everybody. It is like practicing a closely coordinated team sport. Orchestral music is quite different and has other challenges. My favorite musical periods would be from about 1860 through around 1940, the romantic period on into the first part of the 20th century. I have also returned to playing some jazz on the saxophone and have learned a lot about improvisation that I wish I had known when I was in my 20s. 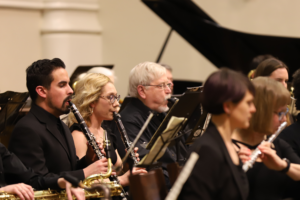