The DC Concert Orchestra Society brings classical music to the metropolitan region while providing performance opportunities and continuing education for non-professional adult musicians to enjoy a lifetime of music-making. Through the DC Concert Orchestra, DC Chamber Musicians, and the Classical Musicians of Metro DC, the Society seeks to provide playing opportunities and quality performances for diverse audiences and communities, enriching the cultural life of greater Washington.

Are you a non-professional musician looking for a classical music group?

DCCOS traces its roots back to 2007 with a social media group focused on gatherings of amateur chamber musicians for casual rehearsals, today’s Classical Musicians of Metro DC (CM•MDC). In late 2011, an aspiring conducting graduate student, Rob Goeke, asked whether he might try to form a chamber orchestra from among the membership. Thus, the orchestra’s modest beginnings. Rob left the orchestra in November 2012 and it continued through 2013 as a modest reading community chamber orchestra.

In January 2014, Randall Stewart was selected to lead the DC Concert Orchestra (DCCO) as Music Director, and under his baton, the orchestra has transformed spectacularly into an 80-piece full symphony orchestra, performing at levels in league with the best of metropolitan area non-professional orchestras.

In 2016, DCCOS established a partnership with the New Orchestra of Washington and later secured major funding from the Nadia Sophie Seiler Memorial Fund to reinvigorate its chamber music roots by establishing musician development and performance programs. From this, a new DCCOS program component – the DC Chamber Musicians (DCCM) – was chartered. 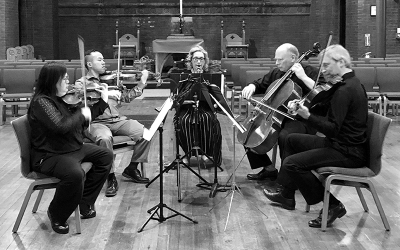 As a part of DCCOS, DCCO and DCCM offer high-quality classical orchestral and chamber music concerts in beautiful, historic venues in Washington, DC and nearby jurisdictions. 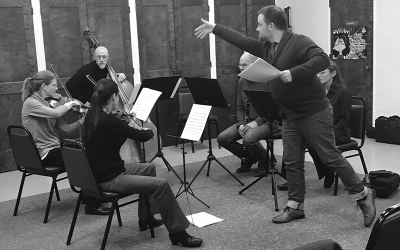 DCCM members receive concert preparatory educational sessions – chamber music coaching from engaging professional musicians of the New Orchestra of Washington. Sessions are open to the public at no charge. 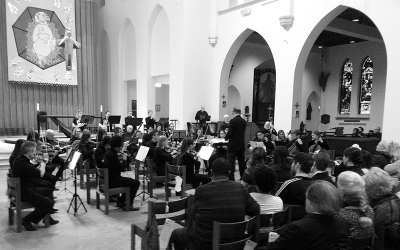 Through various partnerships, funds and programs, DCCOS enriches its members and engages with the community through educational programming, special performances, and fundraising efforts.

Interested in contributing to the DC Concert Orchestra Society?

“Music gives a soul to the universe, wings to the mind, flight to the imagination and life to everything.”